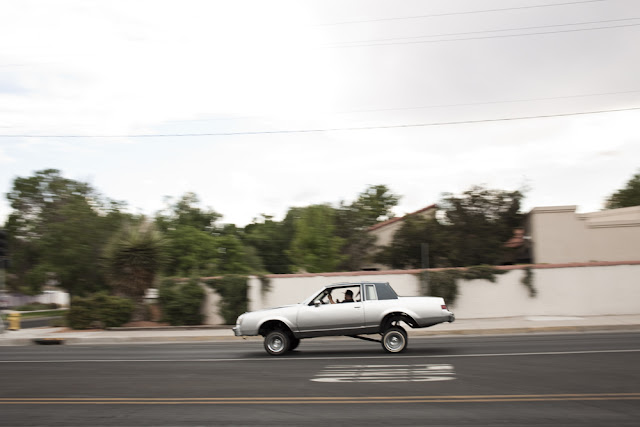 Finally after a year of deliberately avoiding my images from my 45 day trip across the USA and subsequent trip up the west coast 101 highway to San Francisco, I have decided to start editing and posting some of the shots I took on the epic journey.

Took the image above while in Alburquerque staying in a Bed Bug infested hotel called the 'Blue Hotel', it was downtown in a supposed bad part of town. If it wasn't for the constant itching while trying to sleep I really liked it.

I was staying close to the main street downtown on a Sunday night, the night where all the folks from the 'Ghetto's' get together and show off their modified muscle cars, this American tradition which was mostly followed by folk from South of the border is called cruising.