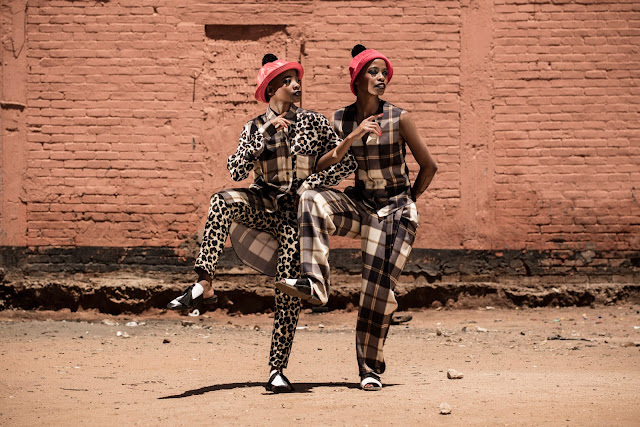 Last year EDUN approached a group of diverse African photographers to interpret their new collections and represent it in their own way. Been one of the Photographers and having an open window to do as I wished with the clothing, I took inspiration from the garments themselves. The outfits reminded me of some of outfits I had been documenting in the different sub-cultures around Johannesburg. Namely the classic Zulu fashion culture 'The Swenka's' and 'Pantsula' the dance culture I have spent years documenting. I wanted to show the uncanny link between selected looks and these cultures attire. Performer Manthe Ribane (and her sister Tebogo) who I had extensive experience working with on my Ghost Diamond Short Film and Dear Ribane Music Video,  interpreted classic poses from both the cultures and transformed them physically on the downtown streets of Johannesburg.

We re-interpretted classic masculine poses from the different sub-cultures and posed the shots in the harsh the South African summer light, not shying away from its encompassing effect. I wanted to keep it as real as possible, maintaining a sense of believability which is often lost in fashion photography, but maintaining the fantasy of the over the top garments. The results are a less than typical aesthetic, poses which reference by-gone showmanship in masculinity shot in reality.

The images take clothing which is designed in New York, manufactured ethically on the African continent, transported back to the USA and now imagined back in Africa and specifically in Johannesburg, South Africa.

Thank you to Julien Labat, the CEO of EDUN for making this a possibility. 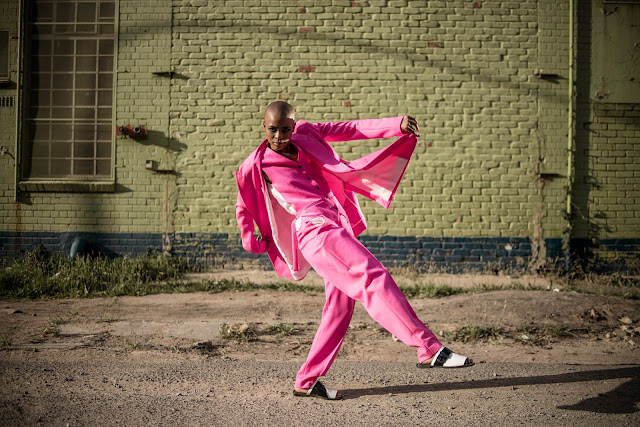 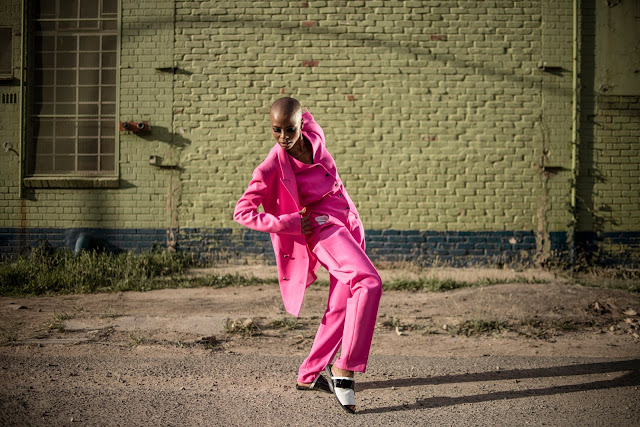 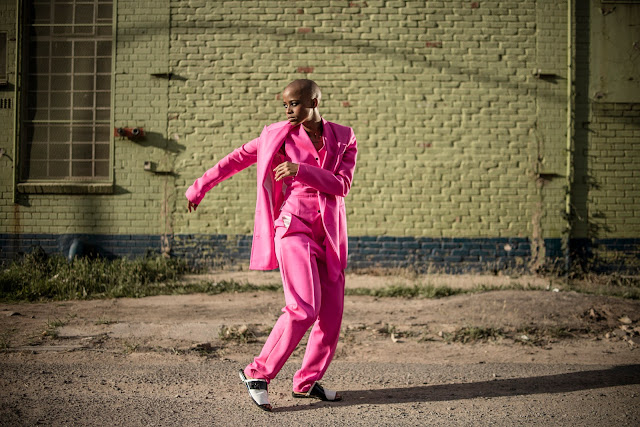 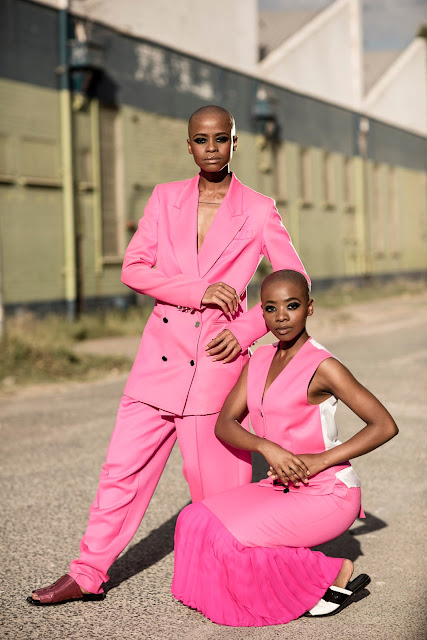 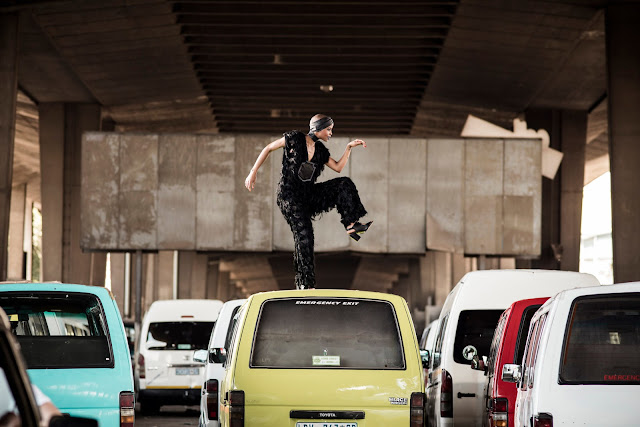 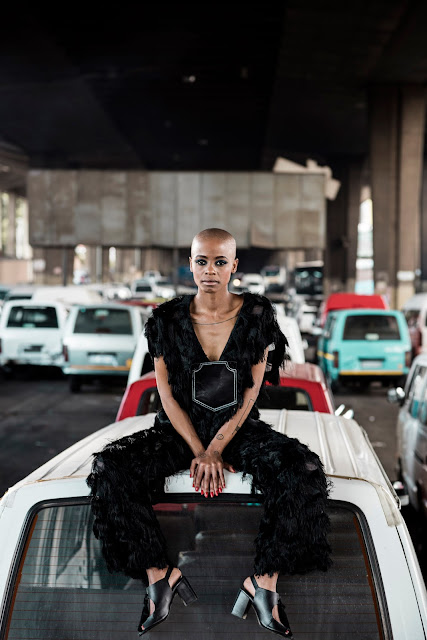 Posted by Chris Saunders at 09:00 No comments: 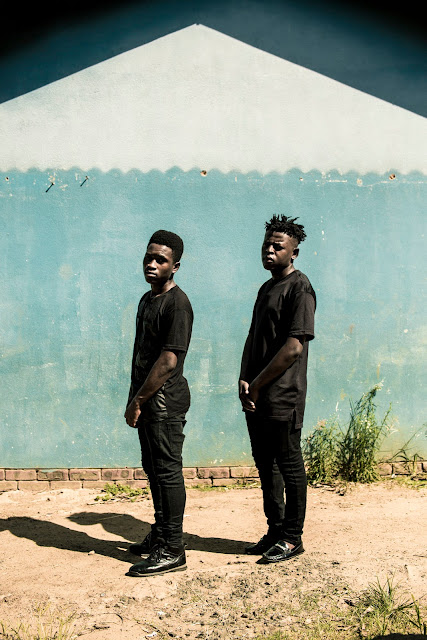 In the heart of the Durban townships there is a new sound, some know of it others don't but GQOM has been taking over many many ears and hearts these past years. With hundreds of young bedroom / living room producers, anyone with a laptop and Fruity Loops can now make a beat and lay down a track. I originally visited the scene two years ago with my story on GQOM music with Red Bulletin Magazine, taking portraits of artists like DJ Lag, Lusiman and Ben 10. Since then a new more 'commercial' sound has emerged from the deeper, darker GQOM family, 'Sghubu', and Distruction Boyz see themselves as pioneers of this new wave.

Jamal Nxedlana and I hooked up with them in their home studio in KwaMashu township outside of Durban. 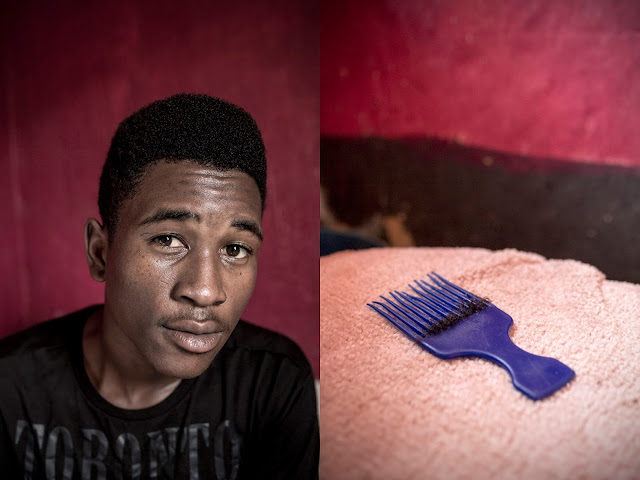 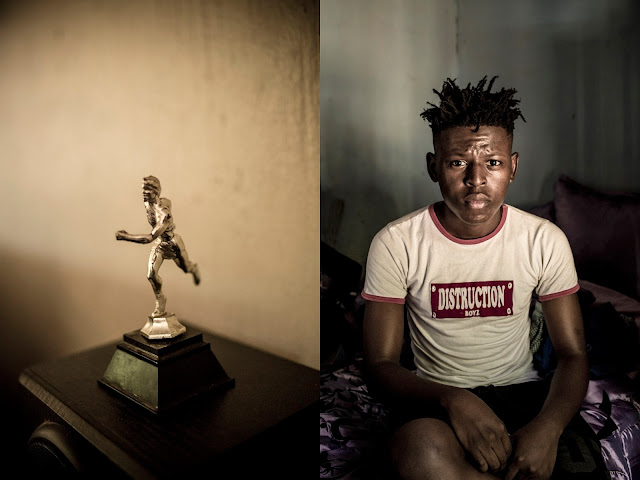 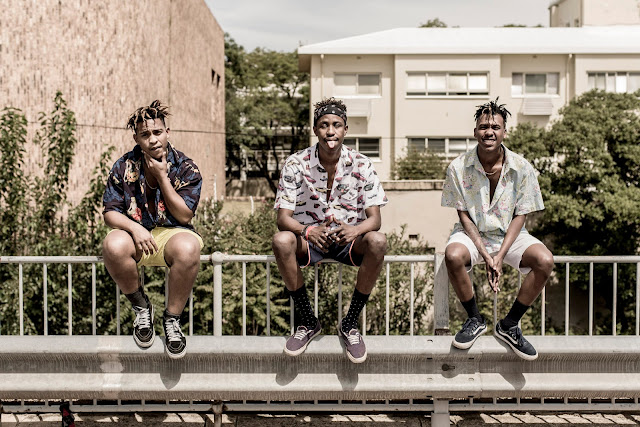 In this post are images from the cover story I shot for Bubblegum Club with WTF. This is my second cover for the new South African online magazine. This time I headed out with a subject less familiar with me in a challenging location. The subject is a music group from Durban called WTF, Witness The Funk. They are a rap crew who coin their genre of music, GQOM-Trap, GQOM been the underground electronic music emerging from the townships outside of Durban and obviously trap been the US hip-hop genre. We shot on location outside of Rosebank Mall, not the easiest of locations, been a sunday in a packed out shopping centre, but we managed to find some good spots out and around.

Read the full article on the Bubblegum Club. 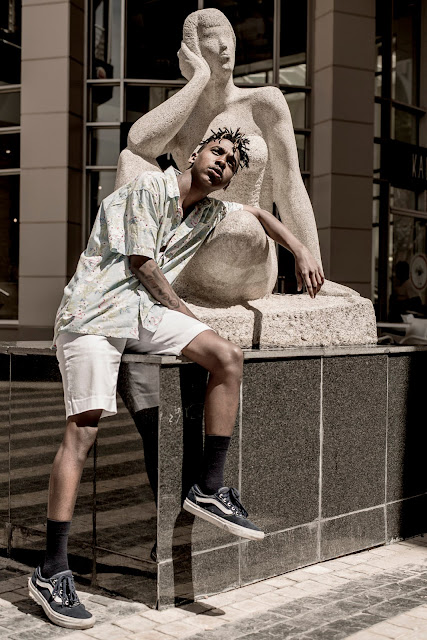 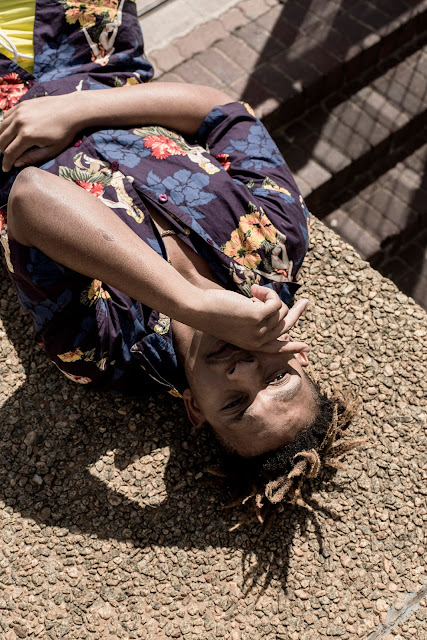 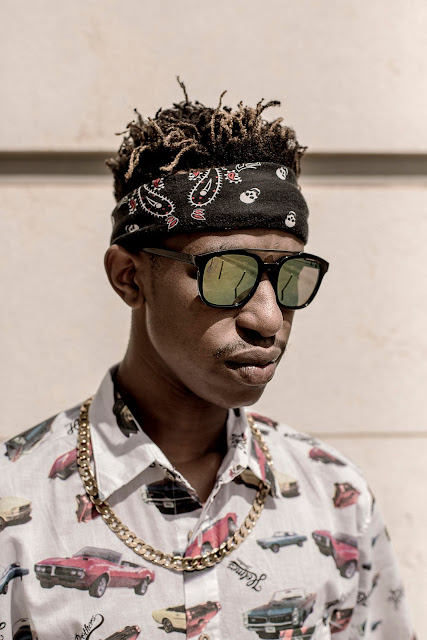 Posted by Chris Saunders at 17:33 No comments: 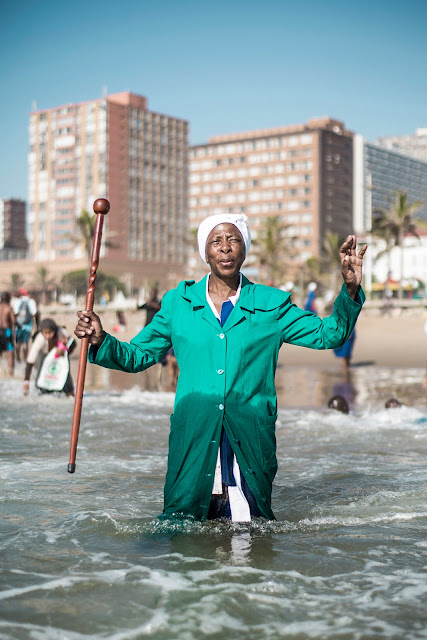 On Easter Sunday Vogue Magazine Online commissioned me to head out and capture a photo story on what style looks like on Easter Sunday in South Africa. I started to narrow down what I wanted to capture and was on the way to shoot a different project down in Durban, South Africa's east coast sub-tropical city. The city is known to have a mass migration of people from different inland regions during the mass of long weekends which surround the easter period in South Africa. I wanted to try capture two main elements of the Easter celebrations. Firstly the traditional Christian churches which down to the beach at sunrise for mass, praising out over the ocean in their uniformed robes which differentiate the wings of the religion they believe in. While doing this I came across some zulu traditional healers who where performing a ritual of some sort on the beach with a chicken, after they where done I asked to shoot portraits of some of the healers which they gladly agreed to.

My second stop after the beach was to head into 'Point', a section of Durban city which mostly has other African immigrants living within it. We visited two congolese churches in the area, one of them I had to stand up in front of a full congregation and introduce myself, the priest then sent forth a cue of women who I photographed during the proceedings while he commented on the shots in Congolese French. The experience was a small reflection of the multicultural city centre of Durban around this celebratory occasion. 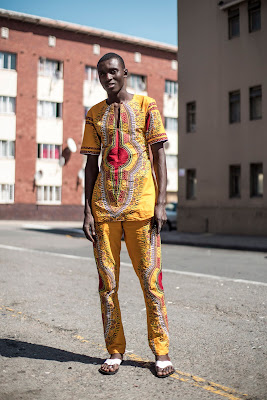 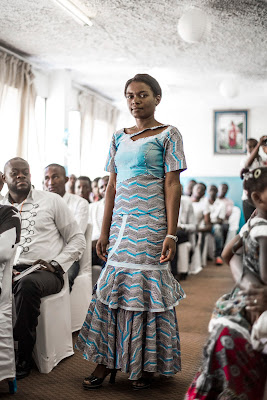 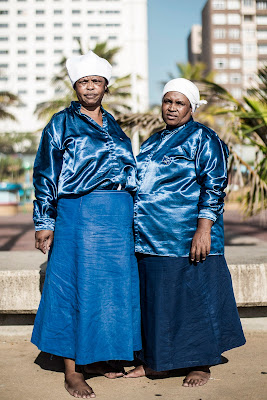 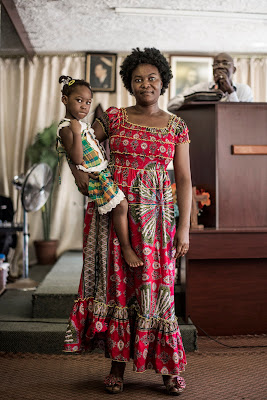 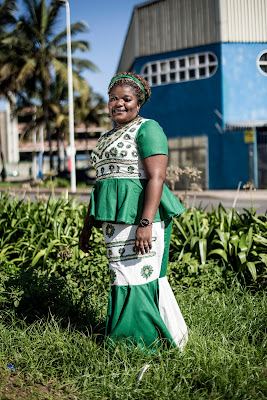 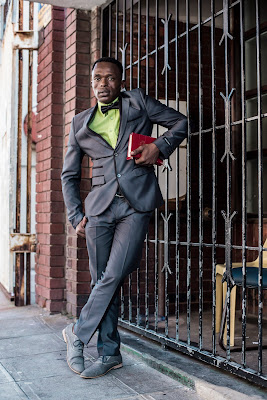 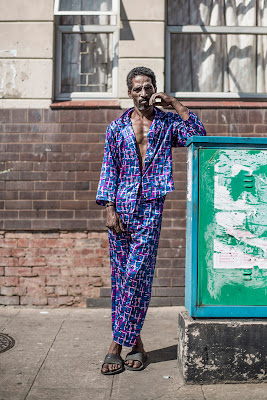 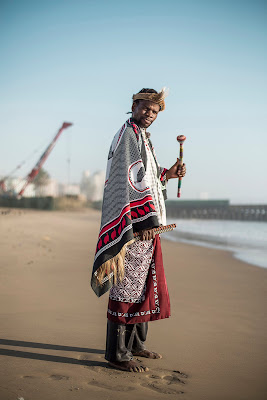 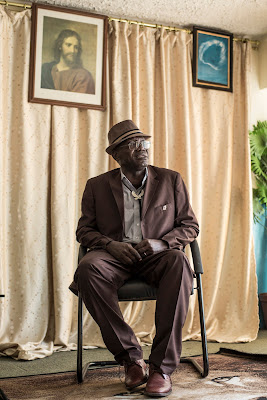 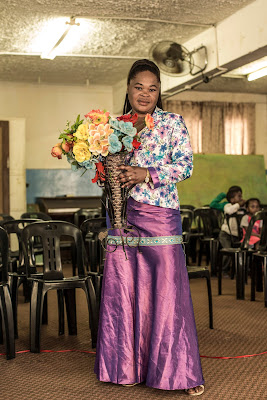 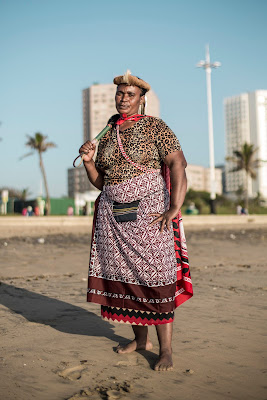 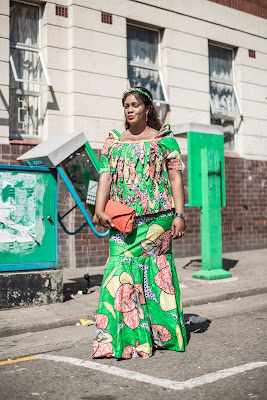 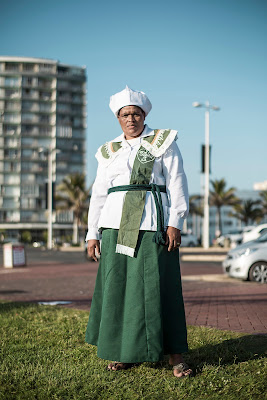