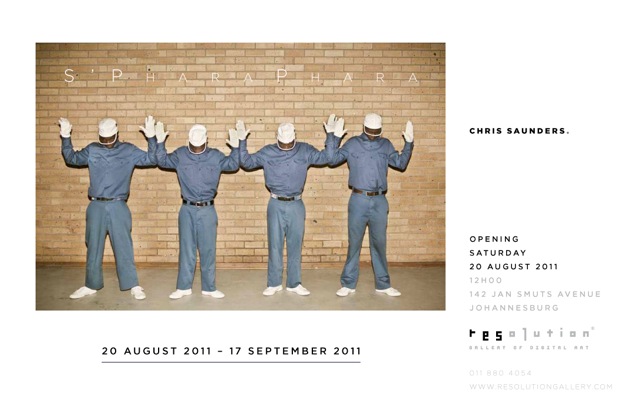 So on my return from the USA I will be doing the final preparations for my solo show on the Real Actions Pantsula Dance Crew in Johannesburg. Below is a press release and the first invite for the show. The show will open at 12pm on the 20th August at the Resolution Gallery in Jan Smuts ave, Johannesburg. It will have the culmination of the work I shot during my stint at Colors (Fabrica) in Italy where the documentary began when I was commissioned to shoot for the Dance issue and further delving into this amazing contemporary  South African culture.

The show will be opened by iconic South African photographer Alf Khumalo and include two video installations as well as an array of framed prints. 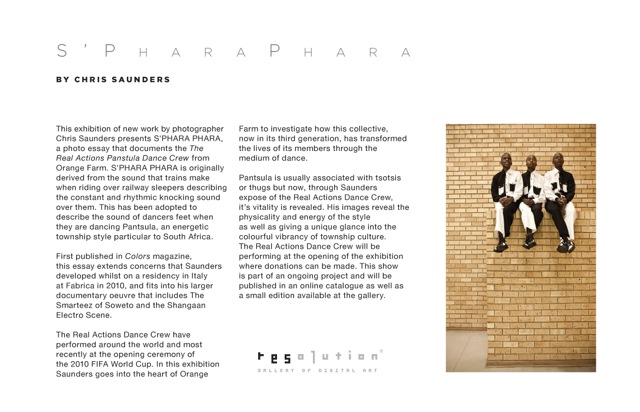