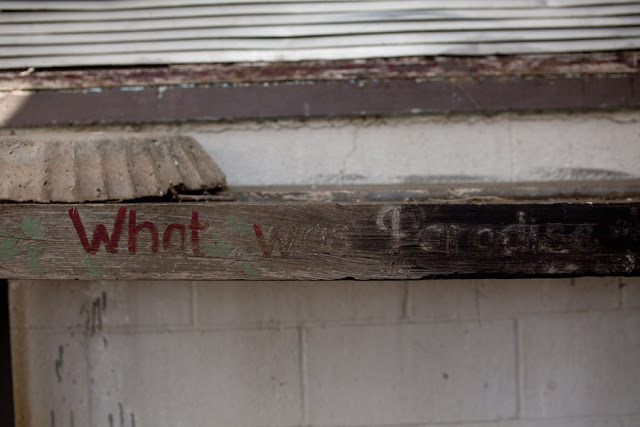 Travelling through the USA these past two weeks down the historic route 66 has been an eye opener too the world that was, the iconic United States of America. Off the main I-40 highway lies a huge refuge of old Cars, Motels and gas stations. This journey has given us the time (Shaun & I) to travel this historic route and its side roads (which we sometimes end up on some evenings and chatting on the roof of the RV under the stars) inch by inch. With that in mind, I have realised that these places where once thriving towns with people commuting in and out of them. In the late 1960's when the I-40 highway was completed, traffic now bypassed alot of these old towns which intern turned the tap on their economic main vein. It seems people packed their suitcases and left immediately, leaving ghost towns behind.

Even in the towns where people still coincide there is a feeling of quietness,
where people once drove now people fly,
where once there was natural resources now there is a hole in the ground.

We have now left the Texas Panhandle and are heading up to Sant Fe' in New Mexico where we will spend the weekend.

Today people trawl this historic route to see the relics of yester year. In my next blog update I will post some more on the people that I have met along the route.

Sweet, sounds like you're meeting some interesting people in this living museum.