After being exposed to a whole bunch of newly discovered live acts and DJs from around the globe during the first day of Sonar festival, including Swedish electro-pop act Little Dragon, Spanish downtempo DJ Galis 115 and UK post-punk band XX teens, we went off to see some great performances from Goldfrapp and Leila at Sonar by night followed still by a major serving of random partying. Unfortunately, sleep never really made it onto the agenda.

But being intrepid Sonar goers, despite a severe lack of rest, we dragged ourselves out of bed and to the Red Bull Music Academy dancefloor, an initiative that showcases respected, underground DJs from all over the globe. We could have done with an extra couple hours sleep, but we were there for a very good reason - Joburg's very own Richard the Third, one of only two South Africans playing at this year's Sonar, was kicking off the day's proceedings with a set at noon. He represented, playing a warped set of dirty hip-tronica, a sound blending hip-hop beats with glitchy electronica that has been popularised back home by artists such as Sibot and the Considerate Builder's Scheme.

From 4pm there was a showcase of acts on legendary experimental electronica and underground hip-hop label Ninja Tunes. We had a great time and chatted to some top-class artists, including two of the acts on Ninja Tunes - The Heavy and Daedelus. The Heavy are a live band combining big-riff indie rock with funk and soul and have one of the most dynamic lead singers around in the form of Kevin Swaby. Daedelus is an American experimental electronic artist who blew us away with an extremely dynamic live set which was all over the place in a good way, refusing to stick to any one genre or set of rules.

We were loving the Ninja Tunes but we had to move on - we had an interview slot lined up with one of Sonar's most exciting acts - German techno and electro producer, remixer and DJ Alexander Ridha, better known as Boys Noize. We met him in his hotel room and found him approachable and friendly, we got some great shots and he filled us in on his self-titled record label and his roots on the German underground techno scene.

The interview went so well that your two heroes forgot that they had to be back at the Sonar press area by 8pm to collect photographic passes for Sonar by Night. So without the proper permission to take pics, we headed over to Sonar by Night, excited at the prospect of seeing many top class acts although disappointed that we couldn't take pics of them. Always handy with a solution, hardcore shutterbug Chris Saunders managed to get some cool shots of the acts on his lowly 5 megapixel cell phone camera, as well as some great if drunken video-clips of acts including 80s ska-punk survivors Madness, UK electro meets rock combo The Pinkertones, massive dirty French electro duo Justice (our top act of the night), Boys Noize and more. The above highlights were only a fraction of what impressed us, with dark instrumental hip-hop act Flying Lotus, dub-step don Mala and of course ex-Moloko front-woman Roisin Murphy also delivering fantastic sets. Hercules and Love Affair played a great show of disco-influenced tunes, although we were a bit disappointed by the absence of Anthony Johnson, whose vocals were integral to their album's sound. As the sun began to rise, 2 Many DJs, who weren't actually on the bill and were only there to play a set with their band Soulwax the following evening, surprised us with the genre-bending blend of electro, techno, soul and rock that has made them such hot property globally.

There is so much happening at Sonar all the time, coupled with the fact that Spanish people don't seem to sleep (even the usual afternoon siesta is abandoned during the three restless days of Sonar), that we didn't notice the daylight until everyone at the festival, roughly 50 000 of them, were asked not so politely to leave the venue. It was 8pm, and hordes of party casualties began to head to the exit. Getting back from Sonar isn't easy, particularly because taxi drivers have a strict policy of not offering transport to Sonar riff-raff, probably due to bad experiences in the past. But about an hour and a half later we managed to get back home by tube, and we tumbled into bed, hoping to get just enough rest to repeat the whole party process the following night. After all, there was still a whole other day and night of Sonar to enjoy, with acts such as Soulwax, Miss Kitten, DJ Yoda, DJ Mehdi, Sebastian and Anti-pop Consortium still to come... 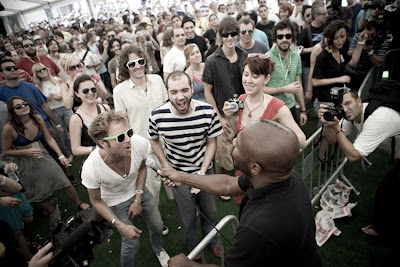 Sonar gets down to soulful indie rock from The Heavy during the Ninja Tunes showcase. 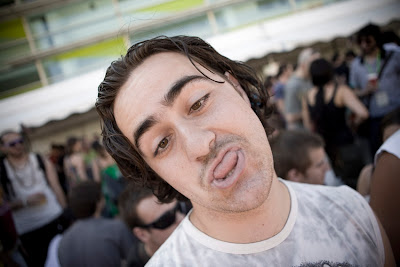 This is Carlito. We met him at our hostel. Don't be alarmed by his drooling idiocy or his vacant expression. That's just Carlito's way. 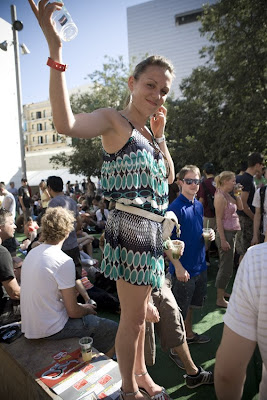 The winner of the random Sonar attendee of the day award. 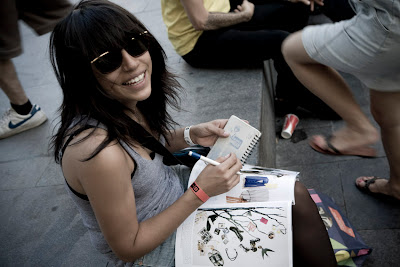 The runner up of the random Sonar attendee of the day award. 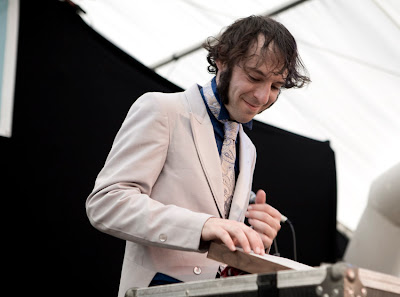 Daedelus blew us away with his live experimental electronic freak-out session. 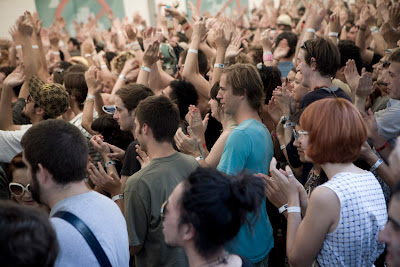 In between hard partying and partying hard, the Sonar crowd somehow find time to clap. 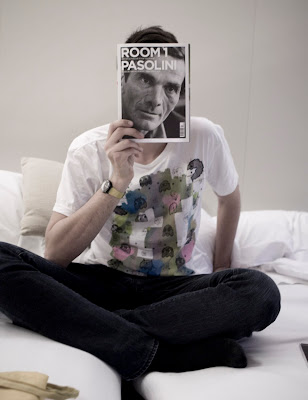 Alexander Ridha, aka Boys Noize, doesn't like to show his face to the paparazzi.

Check out this clip of French electro duo Justice performing. 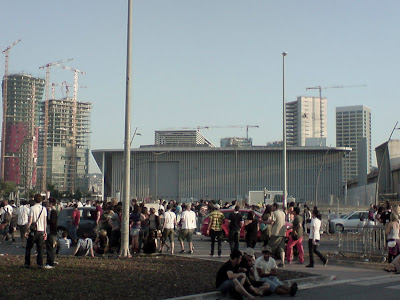 Eventually, at 9am and after a full night of pumping music, the Sonar By Night crowd are expelled from the venue and let loose onto the streets of Barcelona.