When their mothers told them never to mix business with pleasure, photographer Chris Saunders and writer Daniel Friedman clearly weren't listening. That's why they decided to escape Johannesburg's winter and head to hot 'n humid Barcelona for Sonar 2008. The annual music and arts fest, taking place from June 19 to 21, has earned the reputation of being the world's premiere dance music and electronica event, and celebrates its 15th anniversary this year.

Apart from the more famous names, Sonar also showcases some of the world's best underground talent, and while the night time line-up is generally reserved for the big players, Sonar by day allows festival goers an opportunity to expose themselves to a long list of lesser known players in the global electronic music scene. For a couple of innocent Joburgers like Chris and Daniel, Sonar is an overwhelming experience. Check out a taste of the festivities below.

Daniel and Chris are available to provide coverage of Sonar in the form of top-quality copy and pictures. If your publication is interested, please contact chris@imagination.co.za or frieddaniel@gmail.com. For more information on Daniel and Chris, see the short bios after the pics. 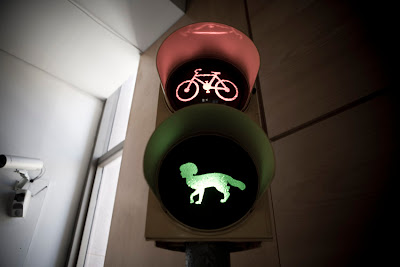 At Sonar, dogs with human heads always have right of way. 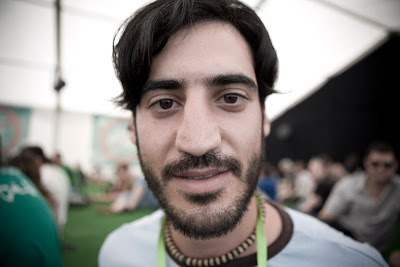 Writer Daniel Friedman, before his brain was ravaged by the first night of partying. 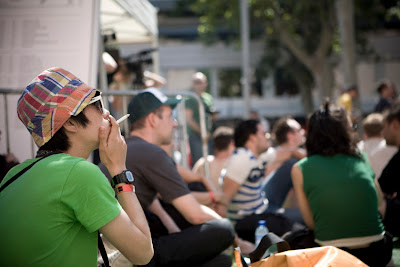 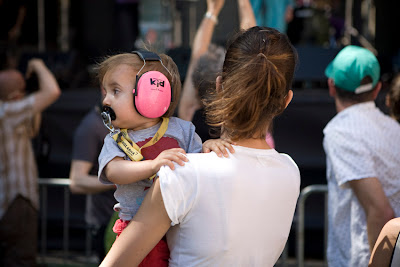 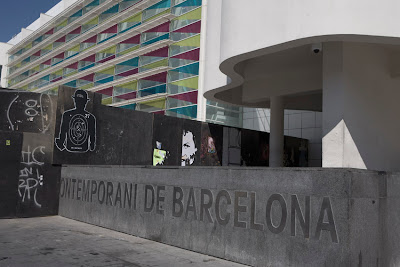 An outside view of the Sonar by day venue. 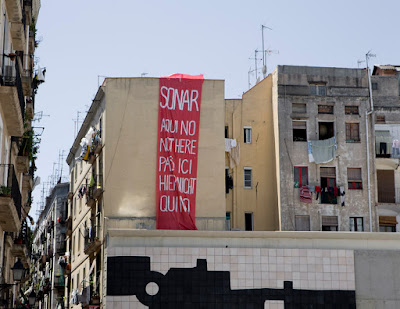 'Sonar - Not Here' claims a large banner. It is a blatant lie. 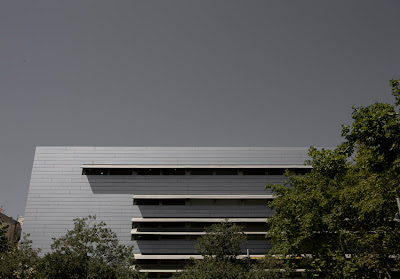 A taste of the architectural style at Sonar' daytime venue. 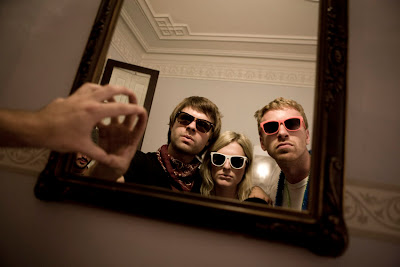 Photographer Chris Saunders (right) and his friends wear their sunglasses at night. 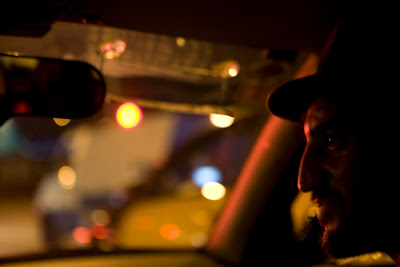 The writer, in the front of a Barcelona taxi, looks way more handsome in silhouette. 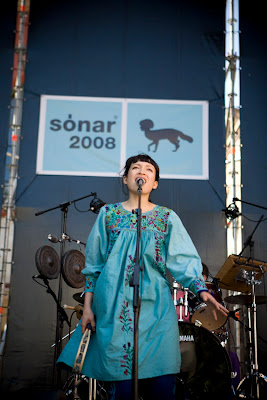 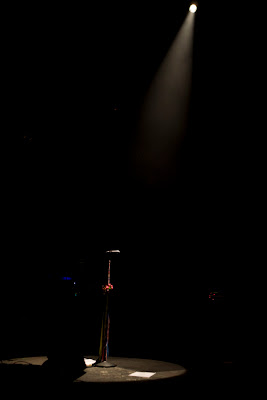 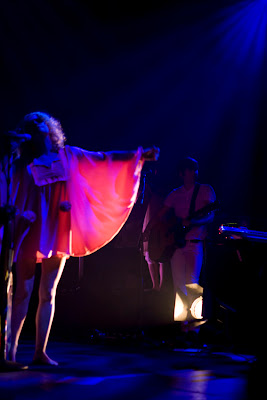 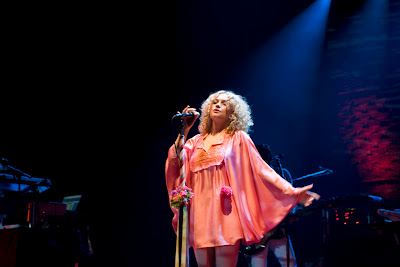 Daniel Friedman is an arts and entertainment writer who has contributed to many of South Africa's leading publications, including FHM, The Mail & Guardian, The Sunday Times, The Business Day Weekender, SL Magazine and JHBLive.com. He has spoken to and written about a diverse array of artists including Ben Harper, Hot Chip, Maximo Park, Hard Fi, Mr Scruff, Simian Mobile Disco, Marc Ronson, K-Os and The Stereophonics. He has also written features on a wide range of topics, including pieces on politics, travel, humour and sex.

Chris Saunders is an acclaimed South African photographer who has done assignments on subjects as prestigious as Nelson Mandela, Lucas Radebe and Hugh Masekela. His work has been included in a long list of publications including FHM, SL Magazine, Design Indaba, Business Day Wanted Magazine magazine, Shots Magazine (UK), Glamour and True Love Babe. His body of work is expanding rapidly - his main aim being to communicate details often overlooked by others through his work.