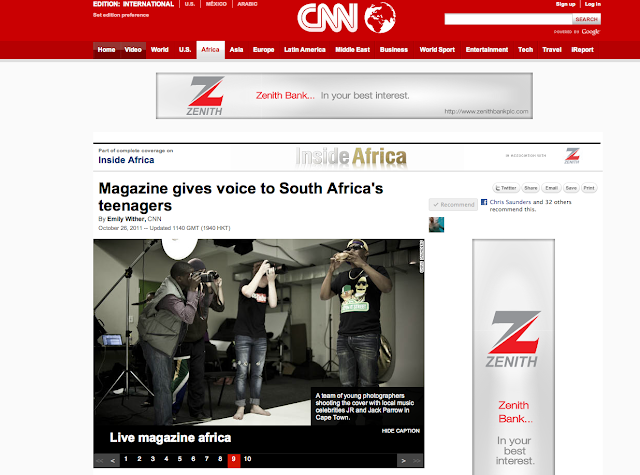 I have had the pleasure the last couple of months to spend my time as photography mentor at a great project called Live Magazine. The project entails giving young people from different backgrounds in Cape Town a chance to make a magazine of their own doing with the help of different mentors. It was originally conceived in London and run in Brixton, where I met the South African founder (who is from the UK) Gavin Weale. The project has been featured in The Guardian Newspaper and recently CNN Inside Africa which is why I wanted to post it. The article will explain much more about the project.

A selection of 10 images from the documentation I have been doing over the last couple of months.

Check out the full article on CNN Inside Africa, http://edition.cnn.com/2011/10/26/world/africa/live-magazine-africa/index.html?iref=allsearch