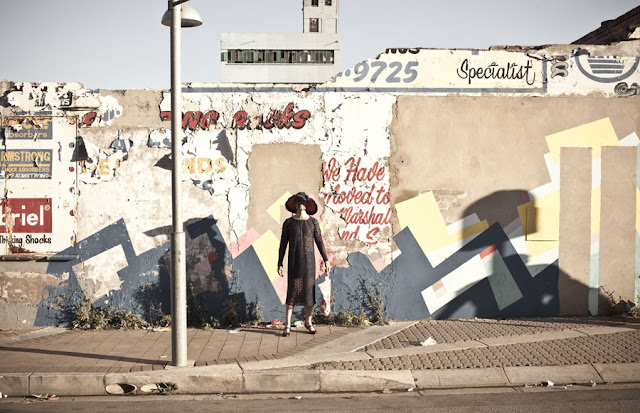 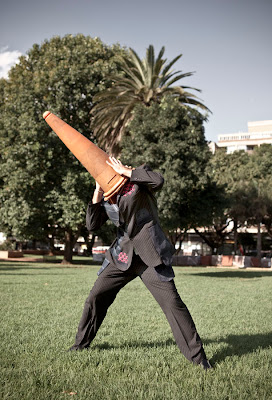 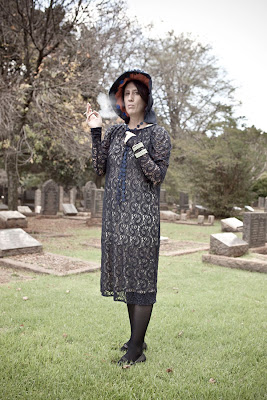 Did a shoot recently for Myer Taub documenting and creating a video installation instead of images of his performance piece, 'Florence'. Myer and I met at the infecting the city festival earlier this year where he had made a 'mad' treasure hunt through Cape Town CBD. I ended up completely hungover on the last day of the festival in an under ground pipe which linked Vredehoek and the Cape Town fort, the tunnel was infested with Cockroaches.

On that note, please be introduced to his next master piece, 'Forence'. It was a pleasure working with an amazing mind and great director as well as actor.

I have posted some of the images shot while on the video shoot. They should give you a small idea of the characters and the basic performance.

Below is a write up from the Goethe Institute website introducing the performance:

"Myer Taub's Florence began as an exploratory, performance project and an experimental intervention in 2010 at the Joubert Park and Johannesburg Art Gallery spaces. As a performance project now realised at Goethe on Main, the work continues to draw heavily on the life of the founder of the Johannesburg Art Gallery, Florence Phillips, drawing links between these contemporary inner city art spaces, marginality and re-imagined historical narratives.

Taub explains that, ‘The project intends to create a thematic presentation based upon the juxtaposition of marginality and materialism. In doing so this intervention-based performance become a particular kind of method that excavates historical and genealogical fragments so as to reassemble them into an eventual dramatic narrative framed around the notions of the outsider. The Goethe Project Space becomes a presented space, meaning it becomes an imaginary space, embodied and dressed and theatricalised as ‘Florence’ – the imagined other city in relation to Johannesburg.’

The performances start at the Johannesburg Art Gallery and end at GoetheonMain - the audience relies on own vehicles to get from the first to the second venue."
Enjoy.
CT 2011
Posted by Chris Saunders at 12:46