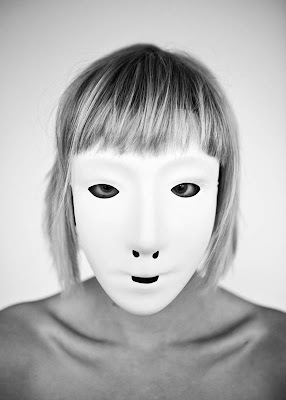 While watching Blue Velvet, a movie directed by David Lynch I thought of a shot that I had taken for the new SL 'sex issue' out now. Its a photo of my girlfriend Elza Novak wearing a mask to symbolise the moment of orgasm during intercourse and the look that would be on your face. What I liked about Lynch's representation of what happens behind closed doors in the USA is that everyone had the most beautifully bizarre facades, but behind them where intricate and interesting stories.

To me when asked to portray the face while orgasmic through imagery, I decided I'd rather give it a more disclosed and dignified portrayal. The image below was what I came up with.