I recently shot 2 shoots for the UK based Shots magazine. It is a magazine mainly targeted at the commercials industry. I did one shoot with a director from Velocity films called Jeana Theron, she was also a Cover Option for the magazine. The Other shoot was with Paul Warner, the Creative Director from Metropolitan Republic. Both Shoots where super fun and it was great getting to shoot in the middle of Hillbrow for Jeana's shoot and to orchestrate grannies for Pauls.

I have taken Jeana's shots off the page for now, they will be put back on shortly after publication.

Check out Shots at http://www.shots.net 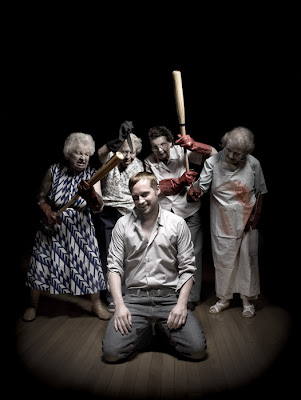 where did you get the grannies from? this shot is really cool!

Revenge of the octogenarians. Nice! You could actually become a rock star!